While this holds years of visible as well as covert Chinese groundwork, two developments in the Central Asian Republic of Tajikistan in a span of merely five months (April 2020 to August 2020) have raised serious concerns for India. On 26 April 2020, China commenced building its first super-high plateau airport in the Taxkorgan County of its Xinjiang Autonomous Region – also known as Tashkurgan in Tajikistan. The airport is set to begin operations by June 2022.[1] Following this, in the first week of August 2020, an article by a Chinese historian Chu Lao Lu claimed over 45 percent of Tajik territory in the Pamir plateau region – citing ‘historic’ reasons.[2] This was shared by various Chinese media outlets and has risen anxieties in Dushanbe, the capital of Tajikistan.[3] Although this is a manifestation of another instance of China’s expansionist designs, these developments specifically bear implications for India on two accounts – its strategic location and presence of resources. Added to this, the China-Pak collusion currently growing stronger than ever before – opening two fronts for India, and simultaneously – only worsens the threats for New Delhi.

Strategically Located. The most interesting thing about the region in question is its distinct geographic location which impacts India’s external as well as internal security inevitably. 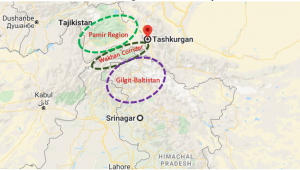 Fig 1: Author’s annotation on Google Maps (Annotations for the representative purpose; not to scale)

The part of the Pamir plateau being claimed by China forms over 28,500 sq km of Tajik territory. Of this, over 1,158 sq km had already been ceded to China in 2011 under pressure.[4] It is this ceded area that houses China’s Taxkorgan County (or Tashkurgan) – that is the site for Beijing’s new airport as well as the last important location on the Karakoram highway before it enters Pakistan-occupied Kashmir.[5] It must be noted that large tracts of Gilgit-Baltistan in PoK have been offered by Pakistan to China for mining activities under the China-Pakistan Economic Corridor (CPEC). Apart from consequentially offering a clear positional advantage with respect to CPEC projects that damage India’s territorial sovereignty, this airport (built to offer civilian as well as military use capabilities) also lies within a 450 km radius of important Indian cities in Jammu & Kashmir including Srinagar and Awantipora.[6] Read in the light of the China-Pak collusion, proximity of the airport to the Line of Control in J&K additionally increases the risk of trans-border infiltration of terror elements – threatening India’s internal security.

Looking westwards, a report published by The Washington Post in October 2019 claimed the presence of the Chinese military (through satellite imagery and on-ground investigation) in Tajikistan near Afghanistan’s Wakhan Corridor for over three-four years.[7]  This, added to the newfound Chinese claims in the plateau and the location of the under-construction airport in Tashkurgan place China at a visibly advantageous position with respect to Afghanistan. All of this put together is not great news for New Delhi.

Fig 2. A snippet of a map published with The Washington Post’s story that claimed Chinese military presence in Tajikistan in 2019.[8]

Resources. Looking at the resource side of it, this region is abundant in hydroelectric power. It is home to over 65 percent of the glaciers in the region, and consequently the largest regional source of freshwater. Quoting official figures, at 40,000 MW, the country singularly holds over 4 percent of the total hydroelectricity potential of the world.[9] With respect to mineral wealth, the presence of over 400 deposits of 70 different minerals has been discovered across the country which includes rare earth metals.[10] Moreover, some Chinese reports recently even claimed the existence of over 145 deposits of gold in the country.[11] As an energy-rich and resource-abundant region, Tajikistan holds immense potential to drive the growth story of any developing country – which in this case is China.

What are India’s options?

As events in the region unfold, India needs to acknowledge that while the growing presence of an adversary in the region threatens Indian interests, its own accelerated engagement – through a measured mix of diplomatic-economic-military investment – shall simultaneously defend as well as further build on the existing opportunities for New Delhi. The best point to start with shall be the existing bilateral relations shared between Dushanbe and New Delhi – historic, strong, and mutually beneficial.

Overlapping Indo-Tajik Concerns. India shares common regional interests as well as threats with Tajikistan which date back to as early the Afghan war when the two countries collectively supported the anti-Taliban Northern Alliance fighters. Like India, transnational flow of extremism and terror elements (through the porous Afghan border) fairs up high in Tajik security concerns. Additionally, while state-sponsored terrorism from Pakistan is a cause of perpetual nuisance in India’s eastern frontiers, similar instances of active support from Pakistan-based militants to various militant groups like ‘Hizb-ut-Tahrir’ (HT) and ‘Islamic Movement of Uzbekistan’ (IMU) operating in Central Asia pose a major risk for Tajikistan’s stability.[12] The fact that Pakistan is separated from Tajikistan with a narrow stretch of 14 km through the Wakhan corridor only worsen these outlined threats. Moreover, with both the countries simultaneously facing another common threat currently – ill-thought Chinese aggression – the areas of overlapping security interests provide enough space for regional collaboration. The two countries have already explored collaboration in areas of counter-insurgency and counter-terrorism in the past. Considering mutual interests, the full potential of these collaborations needs to be realised and furthered with urgency.

Building Military Capability. An area that could be best suited for furthering collaboration on mutual interests of the two countries is military cooperation. To put this in perspective, India and Tajikistan already share deep defense ties. Built during the Afghan war for providing medical help to Northern Alliance fighters, the Farkhor Airbase, located 130 km southeast of Dushanbe and about 60 km from the Afghan border[13][14], is India’s only military base abroad. Currently, it is jointly operated by the Indian and Tajik Air Force. Additionally, further northwards, the Ayni Air Base too, located 10 km west of Dushanbe, hosts limited India military presence. It was renovated by India between 2002 and 2010[15] and has been a subject speculation regarding Indian aspirations of setting it up as a military base since then. In the event of the closure of Pakistani airspace, this route can prove highly beneficial in connecting India to Afghanistan, as it already has on earlier instances.[16]  Interestingly, its location at a very short flying distance from the closest Pakistani land – further offers India a strategic advantage with respect to its western adversary. 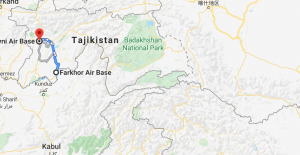 The only point worth considering here is the presence of Russia as a net security provider in a region it calls its strategic backyard. On instances more than once, Russia has sounded its disapproval of Indian military aspirations in Tajikistan. While looking at an increased military engagement in the region might not be feasible in isolation, unpleasant sentiments emanating out of Moscow in the backdrop of expanding Chinese influence[17], exploring space for India to offer an alternative to Beijing might be welcomed choice by Moscow.

Collaborative Economic Investment. Over half of Tajikistan’s external debt is owed to Beijing.[18] It is indeed this economic dependence that has left most countries in the region vulnerable against Chinese ‘land-grab’ exercises. Given the scale of Chinese investment, it must be India’s endeavour to counter Chinese investment in terms of impact (sustainability, top-down percolation of benefits, etc.), instead of magnanimity. Plus, encouraging joint ventures through India’s private players could be another welcome step. But, to indeed cause a dent in the existing economic dominance by the Chinese, exploiting the antagonism against China in the current geopolitical environment, India must initiate multinational collaborative economic investments in Tajikistan. While on one hand containing the growing Chinese presence in the region (amidst US withdrawal from Afghanistan) serves American interests, Russia’s displeasure against an expansionist China in its traditional region of influence is no hidden secret. Recognising the mutual and overlapping US-Russia interests in the region, New Delhi could try to strike a middle ground between the two countries to enable greater economic investment in Tajik territory (and Central Asia as a whole) offering an alternative to Beijing’s ‘debt-trap’ policy.

Apart from this, a major reason for low economic investment in the region remains lack of accessibility (no direct surface connectivity in India’s case) to Tajikistan. The International North-South Corridor, which includes infrastructure development in Tajikistan shall be paced up to increase the accessibility of the region as a whole. This shall help open up the region to a diverse range of foreign investors, thereby challenging Beijing’s economically hegemonic position.

Vocal Protests. Apart from all the aforementioned long and short term recommendations suggested, an immediate response that needs to be considered by New Delhi at the moment is visible and vocal support to Tajikistan against any and every absurd aggressive posturing by China. In fact, India generally needs to recognise its national interests and proactive protests at various international fora need to upped early on when Indian interests are involved, regardless of Indian territory or Indian population being immediate parties. Passive reaction, or even a delayed response will only increment the resultant costs for New Delhi, and quite certainly in this instance.

Overall, Beijing’s growing footprint in a strategically crucial location for India added to the simultaneously collusive relationship between China and Pakistan is a reality that New Delhi must acknowledge. It is unfortunate that although geographically and economically small, countries as crucial as Tajikistan still do not find adequate space in Indian IR discourse. Given the rapidly evolving regional politics, this phenomenon must be altered. Academic and security discourse in this direction must be encouraged to foresee future possibilities and frame proactive policies serving an overall national interest. More specifically, Indian response in the region needs to be aimed at recognising these emerging threats and working towards turning these into advantageous opportunities, instead of putting up a singularly defensive posture.

[15] The Jamestown Foundation, “India’s Relations With Tajikistan: Beyond the Airbase”, Date: 22 February, 2011. Accessed on 13 August, 2020. Available at: https://jamestown.org/program/indias-relations-with-tajikistan-beyond-the-airbase/