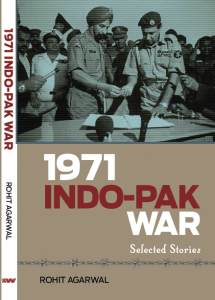 The monograph covers the course of the war, strategies formulated by the opposing commanders, blow-by-blow account of major battlesand the lessons learned. Prominent instances of outstanding courage by individuals, meriting gallantry awards, have also received due attention. These are stories of the multitude that formed the cutting edge of the victorious army. The commanding officers, company commanders and junior officers, JCOs and soldiers at the frontlines, those who laid minefields, built bridges or flew helicopters. Or those who ensured the frontline troops remained fed, clothed and supplied with ammunition to fight. The purpose of this book is to record for posterity these subaltern accounts of the war that would otherwise fade into oblivion after a generation.

Articles Ajinkya Jadhav - October 22, 2021
0
Introduction Indian Army has been in active combat for the past three decades primarily owing to the asymmetric threat it has been countering. It has...