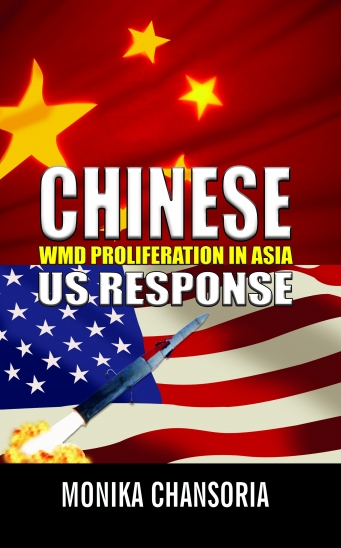 Through the Cold War years, the US nuclear strategy and arms control policies demonstrated diminutive concern over China’s nuclear capabilities primarily since it did not figure as a major factor in the US nuclear calculus which, in any case, remained centred on Soviet nuclear arsenals. However, the end of the Cold War witnessed China increasing its regional influence on the plank of rising Chinese economic and military power and growing diplomatic political interchange abroad. From Washington’s perspective, Beijing showed a darker side in its dealings in the realm of proliferation and technology transfer. Of greatest concern to Washington was the documented Chinese behaviour contributing to the spread of technology relating to the weapons of mass destruction (WMD) along with their means of delivery to states that were a cause of concern to Washington.

This book analyses these issues in the backdrop of the changing trends in the American and Chinese conceptions of security in the post-Cold War age. Although China claims to abide by non-proliferation norms, riding on a campaign to garner a greater international image, its participation has been tarnished on many accounts when it has violated the terms and conditions of non-proliferation arrangements. While Washington was critically vocal regarding China’s contribution to the nuclear and missile capabilities of nations such as North Korea and Iran, it was conspicuously soft on the similar issue vis-à-vis Pakistan and the nuclear black market web woven by disgraced Pakistani nuclear scientist AQ Khan. These developments compel us to ponder over whether a few countries can be trusted with WMD and their means of delivery, while others cannot, and this trust would ultimately depend on, and consequently shift, as American attitudes, interests and policies change – thus, setting the theme of the book.