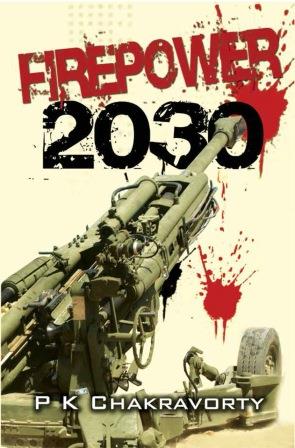 Major General P K Chakravorty served in the Indian Army for nearly thirty eight years. An Artillery officer by profession, he had served in many important assignments which included an appointment as the Defence Attaché at the Embassy of India, Hanoi, Vietnam wherein he was required to track and assess the Chinese military and its growing influence in the region. Later he was also appointed as the Additional Director General Artillery at the Army Head Quarters which involved his close association with procurement and manufacture of defence equipment apart from regular artillery operations.

An academically inclined officer who has an inherent flair for research, the General is a Graduate of the Defense Services Staff College, Wellington and the Delhi based National Defence College. He has obtained his M.Sc from the Madras University with the dissertation “Impact of Electronics on Warfare” in February 1986. Subsequently he got his M. Phil from the same University in April 2011 with a first class. His much appreciated M.Phil dissertation was titled, “Recent Trends in Indo China relations: An outlook for the Future.”

The officer has been carrying out research independently and is an active participant at numerous seminars. A frequent writer, his articles have been published in the Indian Defence Review, CLAWS magazine, Defence and Security Alert, Defence and Security of India and South Asia Defence Strategic Review. A submitted article to the IDSA is currently undergoing peer review for subsequent publication. He has been the Chief Consulting Editor for a 564 pages guide book, BRAHMAND World Defence Update published in 2012 and 2013. The officer is an expert on Firepower and understands the nuances of this subject which has Warfare quintessentially comprises Firepower and Manoeuvre. Terrain and the nuclear overhang restrict manoeuvre in our theatre of operations.The constituents of Firepower are platforms with ammunition, which can deliver from five dimensions; Land, Air, Surface of the sea, below the surface of the sea and possibly in times to come Outer Space. These are Small Arms, Guns, Mortars, Rockets of Artillery, Tanks, Aircrafts, Missiles, Unmanned Combat Aerial Vehicles (UCAVs), Armed Helicopters, Submarines and in future possibly stations in Outer Space. The ammunition which is the payload is the most important element of Firepower. Combination of platforms with ammunition results in devastating Firepower which paves the way for victory. The constituents enable us in a full spectrum conflict to undertake net centric operations. The conflicts visualised could be Land operations in a Counter Insurgency situation against non state actors, Air Land operations in a counter insurgency operation or a conventional conflict, Air operations for Counter Air, Air Defence, Sea operations for sea control or denial, Sea Land operations to undertake Amphibious operations, Air Sea operations between two opposing naval task forces and possibly by 2030 operations involving Outer Space. In these conflicts victory would be attained by ensuring Asymmetries of Firepower.