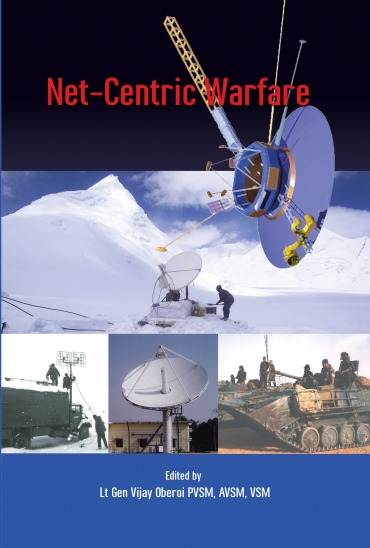 Network-Centric warfare (NCW) originated in the United States wherein a concept of a “system of systems” was first published by the Institute of national Security Studies in 1996. This “system of systems” comprises a network of intelligent sensors, command and control systems and precision weapons that enhances situational awareness, rapid target assessment, and distributed weapon assignment to enable quick decision-making and rapid response. The application of information technology has largely contributed to what is called the Revolution in Military Affairs. Technology has been the driver of change in the art of war. NCW is an offshoot of far-reaching developments that have taken place in the field of information technology. The Indian Army, Navy and Air Force have made considerable strides towards improving command, control, communication, computers, intelligence information, surveillance and reconnaissance (C4I2SR), without which no modern war-fighting machine can conduct operations effectively. Networks will form the heart of future wars. However, achieving network-centricity should not be seen as the aim of warfare but used only as an enabling mechanism towards achieving a quick and decisive victory over the adversary. The Centre for Land Warfare Studies (CLAWS), the National Maritime Foundation (NMF) and the Centre for Air Power Studies (CAPS) had organised a joint seminar entitled “Net-Centric Warfare in the Regional Context”. This book is the product of the papers presented at the seminar and the discussions that followed. The seminar and this publication would not have been possible without the sterling support of two of our sister think-tanks viz. NMF and CAPS.