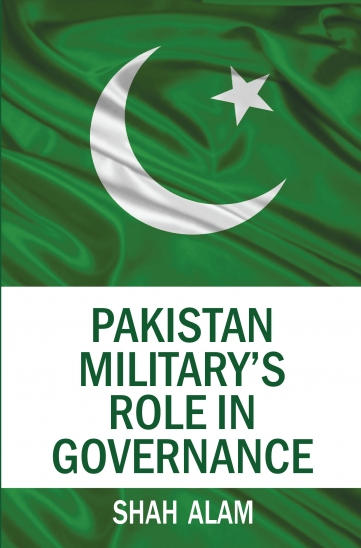 The book traces the genesis of Pakistan military’s role in the governance of the country. With a focus on the military’s political role, the book comprehensively explains the military’s intrusion into politics and its implications. Governance in Pakistan is a complicated balancing act between the elected civilian leaders and the military chiefs. Primarily, it is a power-sharing arrangement in which the military has significant influence over security, defence, foreign policy and domestic issues. Delineating on how nuclear programme came under military control, the author states that the military can and will influence the nature and direction of political change even without directly assuming power.

Since inception, Pakistan faced several challenges – internal security, law and order problems,financial and industrial constraints, and shortage of arms. The continued political uncertainties and domestic disturbances resulted in the expansion of functions performed by the military. The multidimensional role played by the military due to weak civilian institutions, factionalism and external challenges, accelerated its participation in the governance of the country.

The early deaths of Mohammad Ali Jinnah and Prime Minister Liaqat Ali Khan created a leadership vacuum. The successive prime ministers’ inability in providing stable governments and continued political uncertainties provided opportunities to the military directly to assume power. The military under the leadership of Gen Ayub Khan assumed power in October 1958. The successive military regimes (Gen Zia and Gen Musharraf’s regime) employed the same tools in removing the elected civilian leaders. Judiciary strengthened the hands of the military rulers by legitimising their coups through their verdicts, thus playing a crucial role in strengthening and sustaining the Generals.

The book delves into the internal dynamics and external factors that increased the influence of the military in Pakistan’s polity, economy and society.