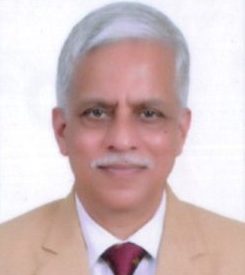 Lt Gen PS Rajeshwar was commissioned into the Regiment of Artillery in December 1980. A gunner and aviator, he is an alumnus of the Defence Services Staff College, Army War College and National Defence College(s) in New Delhi and Philippines. He has actively taken part in Operation Meghdoot and Operation Rakshak. He commanded a Medium Regiment in Operation Parakram, an infantry brigade on the Line of Control, a Counter Insurgency Force in Jammu & Kashmir and a Corps in the Desert sector.

He also served on key staff assignments and UN Peacekeeping missions in Mozambique and Rwanda. His apex responsibilities, both tri-service, included the Chief of Integrated Defence
Staff to the Chairman Chiefs of Staff Committee (CISC) and the Commander-in Chief of the Andaman & Nicobar Command (CINCAN) from where he retired in May 2020.

Brigadier Sanjeev Langeh, AVSM, SM, Retd, working at the Centre for Land Warfare Studies (CLAWS) since July 2022 is the Chief Instructor (CI) of promotion Exams Pre-Course Correspondence Cell (PROMEX). An alumnus of National Defence Academy, he graduated from Jawaharlal Nehru University and did his post graduation from Madras University.
Commissioned in Infantry, the Officer quintessentially served on varied command and staff appointments in diverse tours of duty for thirty-six years. He commanded an infantry battalion in counterinsurgency milieu of North East, an infantry brigade on Line of Control in J&K, and a vital Sub Area. Besides, he worked as Information Officer in UN Mission (Congo) and as Defence Advisor in Embassy of India, Jakarta, Indonesia.

He has instructional experiences of being a Directing Staff at Defence Services Staff College and the Chief Instructor at High Altitude Warfare School. He superannuated in June 2022 from the post of Commander, Territorial Army Group, HQ Northern Command.