Q to 007:        Well, I’ll hazard I can do more damage on my laptop sitting in my pyjamas before my first cup of Earl Gray than you can do in a year in the field.

The inspiration to write this article came when the author attended the Pragyan Conclave organised by the Centre for Land Warfare Studies held at New Delhi in March this year. During the Inaugural Address, the Chief of the Army Staff spoke of ‘icons of the 20th Century Battlefield, like Main Battle Tank and Modern Aircraft’, on their way out, ‘like Sony Walkman’. As expected, this remark was widely reported and extensively discussed. However, while focussing on what was said, one should not lose sight of what was perhaps implied. The Walkman is certainly long gone; however, people have not stopped listening to music; only the means have changed. Similarly, as long as there is war (and wars will be fought long into the foreseeable future), there will be a requirement for terrestrial, marine and aerial platforms to fight them – only their form, shape, characteristics, and employment will change. And as recent events around the world suggest, war will always be what mankind has known it for – the capture of territory, destruction, killing, victory/defeat et al with the stage at which actual fighting begins being the only moot point. It is true that technological developments will change how wars are fought, but that has always been the case. This article aims to analyse the impact of the latest digital age technologies on Mechanised Forces and Mechanised Warfare, the author’s purported area of expertise.

What has happened? There have been reports of Turkish Army drones destroying a large number of Syrian tanks at Idlib in February 2020. There are no verified reports on the extent and nature of damage caused to the tanks (M-Kill or K-Kill, as it is referred to). Drones have been used for assassination attempts (Venezuela) and against oil facilities (Saudi Arabia), but this is the first time these have been used against armoured vehicles. Without going into details of the event, the following salient aspects emerge: –

What is driving this change? This change is being led by cutting edge but low-cost technology. This is mostly through coding on commercially available systems. These technologies are largely cheap due to lower ‘overheads’. These can be accessed upon even by countries devoid of a robust scientific and technical base. The technologies include: –

But is this the ‘Silver Bullet’?     Those who served during the last decade of the 20th century and the first decade of the 21st century would certainly remember talks of ‘Revolution in Military Affairs’ and ‘Network Centric Warfare’ turning all war fighting paradigm on its head. Indeed, changes have taken place but it’s not that all contemporary equipment became obsolete – it’s just that the form changed. These days, digital transformation is the ‘flavour of the season’. Some may call it hype and therefore the journey of the technology from conception to adoption can perhaps be explained by the Gartner Hype Cycle given below. 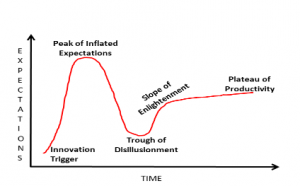 The author is of the view that at present the world is nearing the ‘Peak of Inflated Expectations’. The ‘Plateau of Productivity’ would most likely be achieved in 5-10 years. As always, new technologies will alter the ways wars are fought and also the equipment to some extent, but the basic nature of war will remain the same and therefore contemporary weapon systems will remain relevant albeit in different forms, in the foreseeable future. This is because technology has vulnerabilities that can be managed but never obviated.

The Challenges.     Off late, there has been a concerted push towards digitising and ‘autonomising’ weapon systems. Large autonomous ‘swarms’ overwhelming weapon systems and destroying them may be the ‘the Technician’s dream and Tactician’s nightmare’ but this is not happening that soon – not even in the most technologically advanced forces. Some of the impediments, particularly with regards to the Mechanised Forces (Armoured Corps and Mechanised Infantry) have been given below: – 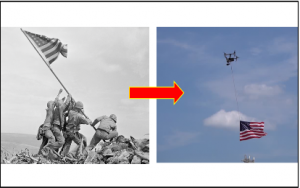 Review of the Situation.   As stated above, technologies driving the digital transformation of warfighting will ultimately reach the ‘Plateau of Productivity’. These technologies have a lot of potentials to revolutionise certain ‘do-able’ tasks which though not as ‘glamorous’ as actual fighting, are still very important. Some aspects where emerging technologies can make a difference in the Mechanised Forces are:-

The ‘Walkman’ in the Mind.         As stated earlier, contemporary weapon systems are outdated in their present form. Persisting with old ideas even when the world has moved sustains the status quo. This apparent inertia may be referred to as the Walkman in the Mind. The Mechanised Forces need to critically re-examine Mechanised Warfare and decide whether existing equipment, doctrines and tactics are relevant or not. In order to face offensive and defensive autonomous swarms, Mechanised Forces of the future need to be light, nimble, connected, and in large numbers. Therefore, some issues that merit consideration are:-

Continuing the conversation between Q and 007…..

Q to 007:        Well, I’ll hazard I can do more damage on my laptop sitting in my pyjamas before my first cup of Earl Gray than you can do in a year in the field.