Lessons from the campaign to defeat ISIS 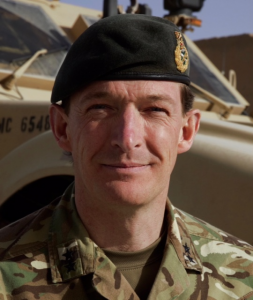 Major General Rupert Jones was educated at Sherborne School and Reading University, where he read History.  He commissioned into the Devonshire and Dorset Regiment in 1991 and served his early career in Germany, Northern Ireland, and Bosnia.  Following company command, he served as Chief of Staff 12 Mechanized Brigade deploying to Iraq in 2005.  He commanded 4 RIFLES from 2008 to 2010, which saw the battalion sustaining an 11-month commitment to Afghanistan.

Interspersed with these posts, he has served in the MOD on a number of occasions: as a captain in the Directorate of Military Operations; as Military Assistant to the MOD’s Director of Operations; as the Armed Forces’ representative advising Lord Levene’s Steering Group during Defence Reform; and for a short period as Chief of the General Staff’s Colonel Army Strategy.  He completed the Higher Command and Staff Course in 2012 and commanded 1 Mechanized Brigade from 2012 to 2014, commanding the brigade in Afghanistan on Op HERRICK 18.

He then served as the Army’s Operations Officer and the Chief of Staff to the Standing Joint Commander (UK) in the Army HQ from 2014 to 2016.  On promotion to major general, he deployed for a year to Iraq as the Deputy Commander (Strategy and Support) of the US-led Combined Joint Task Force – Operation INHERENT RESOLVE, charged with defeating Da’esh in Iraq and Syria. In 2018 he served for 10 months back in the MOD as the Assistant Chief of the General Staff (the job was re-titled to Director Engagement & Communications late in his tenure).  He took over as the Standing Joint Force Commander in November 2018.