Welcomes You for a Book Release 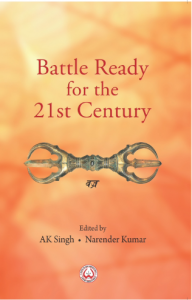 Battle Ready for the 21st Century

The book Battle Ready for the 21st Century has endeavoured to postulate and define emerging areas of conflict desired capabilities and doctrinal issues that need careful examination. The authors with hands on experience and domain specialisation have endeavoured to define and suggest the ways and means necessary to secure India from emerging security challenges on land, air, sea, space, cyber domain, and even cognitive domain. The notion of victory in the 21st Century has undergone a profound change as highlighted in recent conflicts across the globe. The conventional land forces in Indian context still remain irreplaceable to capture, hold and deny ground to the adversaries, as a result focus remains on land forces especially while dealing with the threat from China and Pakistan. Notwithstanding this reality, domain specialists have identified maritime, air and space challenges along with capabilities required to fight and win multidomain conflicts. The essays have imaginatively covered grey zone conflict, urban warfare and mountain warfare, along with dynamic military strategies to secure India. The “Two Front” dilemma is no longer an illusion, but an ongoing reality. For too long the ISR domain has remained an Achilles heel for India, the author of this essay has identified the gaps and suggested pragmatic measures to overcome these. The important aspect of doctrinal innovation has rightly been linked to visionary leadership and aligned to professional military education. 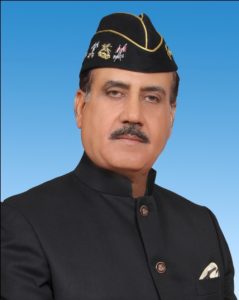 Lieutenant General AK Singh, PVSM,AVSM,SM,VSM(Retd),is a Distinguished Fellow with the Centre for Land Warfare Studies(CLAWS)and an Advisor with OP Jindal Global University. The General is the erstwhile Lt Governor of the Andaman & Nicobar Islands and Puducherry, Ex GOC-in-C Southern Command and has been an alumni of Staff College Camberley, UK, Malinovsky Tank Academy, Moscow & the Higher Command & National Defence College courses in India. He is one of the few officers to have trained with both the NATO &Warsaw Pact at the height of the Cold War. 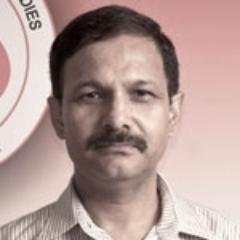 Brigadier Narender Kumar, SM, VSM (Retd) is a Visiting Fellow at CLAWS. The Brigadier served in counterinsurgency and counter terrorism operation area in J&K and North east. He has authored two books -“Challenges in the Indian Ocean Region and Response Options.” and  “Rise of China: A Military Challenge to India.” He has authored more than 200 research papers / Chapter’s for various books/articles journals and web portals. He has edited a book “India-Nigeria Experience in Combating Terrorism”. He is the Founder Editor of Sammaan Journal. He was a former Distinguished Fellow at USI of India.