Major General AK Channan is an Artillery officer who has led the Army’s Make in India Initiative over the past few years. An alumnus of the National Defence Academy, Khadakvasla and the National Defence College, Delhi; the officer graduated from the Defence Services Staff College, Wellington and the Higher Command at the Army War College, Mhow.

The officer has held various command and staff appointments largely in operational areas in J&K and the North East during his 37 years of career in the Army. He has been a GSO1 of a CI Sector, GSO 1 in the Perspective Planning Directorate of Indian Army, a Colonel Administration of a Division, Col MS, Brig CD and was the Additional Director General Perspective Planning at Army HQs till he superannuated on 31 August 2020.General Channan has led the Indian Army’s engagement the Indo-US Defence Trade and Technology Initiative, with Russia at the  Defence Industry Conference, with the UK at the DESG and the newly formed Capability Development Dialogue and various Joint Working Groups with South Africa, France, Israel, South Korea, Belarus and Ukraine.He represented Indian Army in various committees like the Dhirendra Singh Committee for Make in India Defence, Pritam Singh Study to overhaul the acquisition system, Formulation Team for DPP 2016 and DPP 2020. The General Officer was part of the team which created the iDEX platform, drafted the pathbreaking Make 2 procedure was the mentor for scouting and proliferation of all in house innovation in the Indian Army. 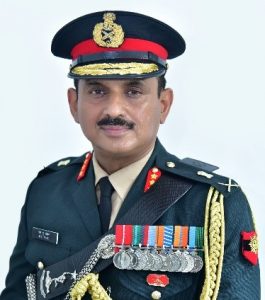 Lt Gen Madhavan Unnikrishnan Nair was commissioned into the Corps of Signals of Indian Army on 15 December 1984. He is a graduate of the National Defence Academy, Pune, India and a post-graduate from the Defence Services Staff College, Wellington, Nilgiris, India. He attended the Army Higher Command Course from the Army War College, Mhow, India in 2009 and the prestigious National Defence College, New Delhi, in 2014.  He holds a degree in Bachelor of Technology in Electronics and Telecommunication Engineering from the Jawaharlal Nehru University, New Delhi, and two Master of Philosophy degrees in Defence and Strategic Studies from the Indore University and the Madras University.
His area of specialisation includes the development of information and communication technology, cyberspace, cryptology and intelligence, reconnaissance and surveillance applications in the Indian Armed Forces.  He has been the Chief Information Security Officer of the Ministry of Defence, India and of the Indian Armed Forces, and responsible for the protection of critical information infrastructure in the defence domain, as part of one of his responsibilities.  He represented the country at a conference on Electromagnetic Spectrum Operations at the US Indo Pacific Command at Hawaii in 2010 and was head of a delegation on cybersecurity at the ASEAN ADMM plus dialogue in 2016, He has also been part of Working Groups on cybersecurity, Cryptography, and TECHINT domains, representing the Indian Armed Forces. He was instrumental in raising of the Indian  Defence  Cyber Agency, and subsequently headed the Signal Intelligence directorate of the Indian Armed Forces. He has the rare distinction of being a Chief of Staff of an operational Corps along the Northern borders, besides being a Chief of Staff of the Indian Army’s Central Command at Lucknow, prior to his current assignment as the Commandant of the Military College of Telecommunication Engineering at Mhow.

Mischa Dohler is a Full Professor in Wireless Communications at King’s College London, driving cross-disciplinary research and innovation in technology, sciences and arts. He is a Fellow of the IEEE, the Royal Academy of Engineering, the Royal Society of Arts (RSA), the Institution of Engineering and Technology (IET); and a Distinguished Member of Harvard Square Leaders Excellence. He sits on the Spectrum Advisory Board of Ofcom and acts as a policy advisor on issues related to digital, skills and education. He has had ample coverage by national and international press and media. He is featured on Amazon Prime.

He is a frequent keynote, panel and tutorial speaker, and has received numerous awards. He has pioneered several research fields, contributed to numerous wireless broadband, IoT/M2M and cybersecurity standards, holds a dozen patents, organized and chaired numerous conferences, was the Editor-in-Chief of two journals, has more than 300 highly-cited publications, and authored several books.

He was the Director of the Centre for Telecommunications Research at King’s from 2014-2018. He is the co-founder of the Smart Cities pioneering company Worldsensing, where he was the CTO from 2008-2014. He also worked as a Senior Researcher at Orange/France Telecom from 2005-2008. 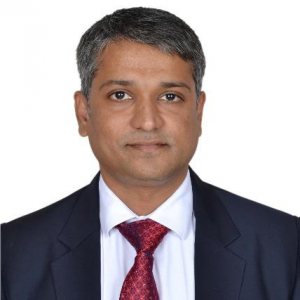 Mr Radhey Shyam Sarda has more than two decades of experience in the telecom sector during which he has worked across domains spanning technology strategy, products & solutions, market dynamics, systems & RF engineering and technology training.
In prior assignments, Mr Sarda has worked in India and North America with Technology Companies, Operators and Consultants. He is an IIM, Calcutta alumni and holds a Bachelor of Engineering degree from NIT, Silchar with a specialization in electronics and telecom.
Prof. Bhaskar Ramamurthy, Director, IIT Madras

Prof. Bhaskar Ramamurthi got his B.Tech in Electronics from IIT Madras in 1980, and his M.S. and PhD in Electrical Engineering from the University of California at Santa Barbara, in 1982 and 1985 respectively. After working at AT&T Bell Laboratories for a couple of years, he joined the faculty of IIT Madras, his alma mater, in 1986.  He took over as Director, IIT Madras in September 2011.

His areas of specialisation are Communications and Signal Processing. His research work is in Wireless Networks, Modulation, Wireless Data, and Audio and Video Compression. He is currently also honorary Director of the Centre of Excellence in Wireless Technology, a public-private initiative at the IIT-M Research Park to make India a wireless technology leader. He is a Member of the Institutional Body of AIIMS, Madurai.

He is a Fellow of the Indian National Academy of Engineering, and of the Institute of Electrical and Electronics Engineers (IEEE).  He was awarded the Vasvik Award for Electronic Sciences and Technology (2000), the Tamil Nadu Scientist Award for Engineering and Technology (2003), India Semiconductor Association TechnoVisionary Award (2011), Doyens of Madras Award for (2014), ACCS–CDAC Foundation Award (2015) and RWTH Honorary Fellow Award (2020).

Mrs Aruna Sundararajan is an ex-civil servant, with four decades of distinguished service with the Government of India.

Mrs Sundararajan has held a number of top leadership positions in the Indian Government; and retired in 2019 as Chairperson of India’s apex policy-making body, the  Digital Communications Commission, and Secretary,  Ministry of Communications and Information Technology.

In the course of over two decades of heading India’s technology sectors, viz. Telecomms and IT  Ms Sundararajan had the opportunity to play a key role in shaping the country’s evolving digital infrastructure and landscape during a pivotal period that saw India’s rise as a growing digital power.

As the Secretary of, Ministry of Electronics and Information Technology (MeitY), she drove the Digital India initiatives, particularly during the post-demonetization phase. Pioneering initiatives and policies under her leadership in the IT Ministry were the Digital Payments Campaign and Mission, Digital literacy and inclusion initiatives; universalisation of Aadhaar and the fillip given to electronics manufacturing in the country. She also served on the Justice Srikrishna Committee on Data Protection.