Clausewitz and the War in Ukraine 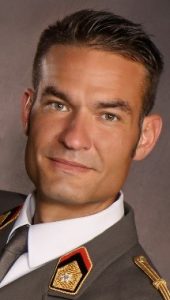 LTC (GS) Matthias WASINGER, MOS Ph.D. is an Austrian Army Officer currently serving as a Defence Planner at the Capacity Building Directorate, Operations Divisions with the NATO Headquarters, Brussels. His rich operational experience includes appointments of the Chief G5 with the 7th Infantry Brigade, stationed at Klagenfurt, attachment as a Staff Officer with the Military Strategic Planning Division, Ministry of Defence in Vienna, Chief of Staff of the Multinational Battle Group-West with the KFOR, a NATO-led international peacekeeping force in Kosovo, Staff Officer CJ5 with the European Naval Force at the European Union Operations Headquarters.