The India-Nepal relations witnessed a diplomatic spat over the inauguration of the Mansarovar Link Road – a strategic connector that links Pithoragadh in Uttrakhand to Lipulekh Pass near the India-Nepal-China tri-junction, just 5 km shy of the Line of Actual Control (LAC) between India and China. The road inauguration met a sharp response from the government of Nepal arguing that the road passes through its territory of Kalapani and Lipulekh. In reaction, on 9 May, the Government of Nepal came out with a strong statement protesting the Link Road and calling the construction a unilateral act and called upon India “to refrain from carrying out activities in its territory”. 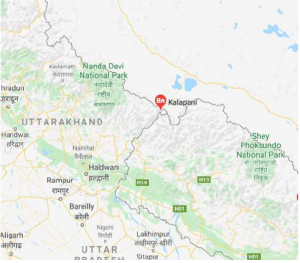 India and Nepal had several boundary demarcation disputes as a legacy of British colonial incompetence and while most of the issues were resolved, the Kalapani and Narsahi-Susta problems remained unattended. In the Kalapani issue, the Government of Nepal refers to the Treaty of Sugauli signed between the British India and Nepal in 1816 which effectively made the river Mahakali (Kali) as the border between the two countries in the region with territory east of the river belonging to Nepal.[1] The dispute is rooted in the different perception of the origins of the river. Nepal asserts that the river originates in Limpiyadhura, falling east to the river and thus making Limpiyadhura, Kalapani and Lipulekh Nepalese territory. India on the other hand says the river’s origin lies in Kalapani, far lower than the Lipulkeh Pass which make Kalapani and Lipulekh Indian territory. Both sides tend to support their arguments with historical maps and other administrative and revenue documents to lay claim to the territory.

While Nepal has been inconsistent in strongly raising the issue of boundary dispute with India in the past, the issue is an old one dating back to the 1960s and has been raised several times. The two countries set up a Joint Technical Level Boundary Working Group to demarcate the boundary. While most issues were amicably resolved, the dispute pertaining Kalapani and Narsahi-Susta persisted. In Kalapani’s case, both sides did not show the active commitment required to solve the issue. While Nepal did object

New Political Map Issued by the Government of Nepal 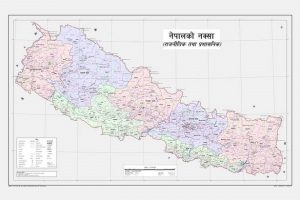 The most significant point to note from the whole issue has been Nepal’s surprising reaction to the situation. Nepal issued a strong press release claiming the concerned territories as its own and called on India to stop unilateral actions regarding the border dispute.[2] The government of Nepal published a new political map on 20 May claiming Limpiyadhura, Kalapani and Lipulekh as its own territory, a claim rejected by India and referred to as “artificial enlargement of territorial claims” and “unjustified cartographic assertion”.[3] The biggest development was the deployment of armed police force near Chhangru to patrol the disputed border region.[4] Even if this step was merely to address the growing criticism of the government in handling the situation, has raised some concerns in India and will not be taken politely. One reaction to this was the recent statement made by the Indian Army Chief suggesting that the objection to the Link Road by the Government of Nepal “was possibly at the behest of a third party”[5], hinting at China. From the Indian perspective it seems logical to assume a possible Chinese role in the matter due to the brisk change in attitude of the Nepal government concerning the dispute. The link road has been in use and under construction for several years now. The stark shift in Nepal’s approach can be attributed to the close ties between the communist governments of Nepal and China, and India’s support for the growing call for an international investigation into China’s role in the global COVID-19 pandemic. It is viewed in India as an indirect attempt by China to increase the pressure on India to withdraw its support for any COVID-19 investigation. The Nepalese perspective seems to be that India raising a third party’s involvement is indicative of its attitude towards boundary disputes. China, however, has said that the matter is an issue between India and Nepal.[6]

Why the Recent Tensions Are More than About the Border Dispute

The India-Nepal bilateral relations have witnessed difficulties. However, this diplomatic flare up seems different and this is a testament to the changes in bilateral relations since 2015. When the issue is decades old, what changed so radically to warrant such a response. The answer lies in one key factor that is probably being overlooked by many which is the power of perceptions of one’s self and the other and collective memory of a people of the past events to drive future policy changes and these perceptions have changed dramatically. The 2015 blockade of Nepal was a point of inflection in the bilateral ties. Nepal blamed India for enforcing an undeclared blockade even as India denied the allegation. The two-month blockade was a big jolt to the dignity and self-respect  of the country and its people. During the blockade the country witnessed widespread anti-India protests, which seem to be resurfacing once again today. Following the ending of the blockade, Nepal was seen deepening ties with China and diversifying its critical goods supply. Not only that, there were significant instances of Nepal’s growing distance from India like giving the Bay of Bengal Initiative for Multi-Sectoral and Economic Cooperation (BIMSTEC) counter-terror exercise in 2018 a miss, it signed the Belt and Road Initiative (BRI) with China in 2016 allowing it to build roads, railways and hydro projects, declaring Indian currency above the denomination of Rs 100 illegal in Nepal, and more recently in Jan 2020 offered to mediate between India and Pakistan over Kashmir.[7]

The standard Indian response to this dispute generally has been to approach the matter passively whenever the issue is raised and hoping for the issue to die down without taking any concrete measures. While this approach is understandable given India’s core interests in the Kalapani tri-junction region, it is no longer tenable given the rapidly evolving regional dynamics vis-a-vis China and Nepal’s internal politics. The lack of willingness is highlighted by the fact that the foreign secretary level committee formed in 2014 has not held even a single meeting as of yet. Nepal’s erratic and inconsistent approach to look for possible solutions to this matter has not helped the situation either.

India-Nepal ties are suffering from an increasing trust deficit. While the relations have witnessed some difficulties in recent times, the foundations still remain strong due to the historical, religious and cultural ties. Many in Nepal are conscious of the importance of the Kalapani region for India. While speaking at an even organised by the Nepal-India Friendship Society in December 2019, former Prime Minister Baburam Bhattarai underlined that “Nepal cannot harm India’s national security”[8] and that engagement at the highest level among the two countries can result in an amicable solution of the dispute. While given the strategic constraints that bind a growing regional power like India in matters such as these, the best possible options for the country would be to engage its Himalayan neighbour without compromising its core security interests. While some may simply see this as a bilateral matter affecting only the countries involved, India being the largest state in South Asia and one which shares borders with almost all the countries in the region will be closely monitored by other South Asian states as to how it addresses this dispute. Left unattended with the hopes that the situation will fizzle out soon, this dispute holds the potential to damage India-Nepal ties. This would be with a country with which we share an open border. That would a setback to the long and friendly India-Nepal relations. In such a situation, it is in the best interests of both India and Nepal to ensure active diplomatic engagement to find an amicable solution while being sensitive to each other’s core interests in this dispute.

[1] Ministry of Foreign Affairs, Government of Nepal, Press Release on Lipulekh (Kathmandu, 19 May 2020). Available on the internet at: https://mofa.gov.np/press-release-regarding-lipu-lekh/

[3] Kallol Bhattacherjee, Nepal’s new political map claims India’s territories, The Hindu. Accessed on 21 May 2020. Available on the internet at: https://www.thehindu.com/news/national/nepals-new-political-map-claims-indias-territories/article31632033.ece

[4] Prem Punetha, Nepal puts up armed police outpost for 1st time near border, The Times of India. Accessed on: 19 May 2020. Available on the internet at: https://timesofindia.indiatimes.com/india/after-protest-on-kailash-mansarovar-road-nepal-puts-up-armed-police-outpost-for-1st-time-near-border/articleshow/75768780.cms

[5] Indian Army chief says Nepal objected to India’s opening of a road link via Lipulekh ‘at the behest of someone else’, The Kathmandu Post, Accessed on 19 May 2020. Available on the internet at: https://kathmandupost.com/national/2020/05/15/indian-army-chief-says-nepal-objected-to-india-s-opening-of-a-road-link-via-lipulekh-at-the-behest-of-someone-else

[6] Kalapani is an issue between India and Nepal: China, The Economic Times, Accessed on 19 May 2020. Available on the internet at:   https://economictimes.indiatimes.com/news/defence/kalapani-is-an-issue-between-india-and-nepal-china/articleshow/75827117.cms

[7] Hari Bansh Jha, Nepal Distancing Itself From India, Observer Research Foundation, Accessed on 19 May 2020. Available on the internet at: https://www.orfonline.org/expert-speak/nepal-distancing-itself-from-india-56612/

[8] India, Nepal border issues can be resolved: Bhattarai, Deccan Herald, Accessed on 19 May 2020. Available on the internet at:  https://www.deccanherald.com/international/india-nepal-border-issues-can-be-resolved-bhattarai-788943.html

India’s Foreign Policy in 21st Century: Between Embracing the West or the Rest

The Quest for Victory in 21st Century Warfare