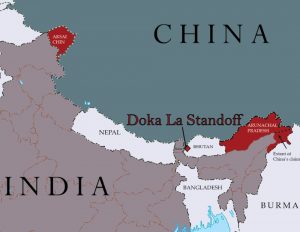 Since January 2016, the Indian Army has taken an unusual and extraordinary interaction which is generally miles away from the ‘Holy Cow’ syndrome that Army is generally accustomed to. Based on the Prime Minister’s clarion call for Make in India, a term probably now used to its full extent, the Indian Army has been going out to the Industry which in itself is a welcome change as one has been used to industry giants wanting to present their products and waiting in line for a chance to be heard. A decade ago, there used to be a school of thought in the Armed Forces, which said: “my job is to defeat the nation’s enemies, and I don’t care if I do it with an Indian bullet or an imported one. Just make sure that I have a bullet that works, and that its there when I need it.” Now this may sound incredibly shortsighted, but it reflects the soldier’s impatience with delays, which had become endemic in our procurement system. But over the years, the User has become wiser and learnt through bitter experience, that in the long term, it is only the metaphorical “Indian bullet” which will actually defeat the enemy and truly save the nation. The aim of the Army was to actually discover the capability of the industry in producing products which were made in India. In other words, it could be termed as an Indian solution to the Indian Army’s problems.

How was it Conducted?

These interactions commenced with regional interactions with representatives of the industry conducted through the chambers of commerce associations like the CII, FICCI among others. These interactions were held in the various hubs of the industry spread all over India at Chennai, Jammu, Coimbatore, Ahmedabad, Mumbai, Kolkata, Hyderabad, Pune, Bengaluru and Bhubaneshwar. Apart from these, there were many more interactions during the Defence Expo 2016 at Goa and subject specific seminars in New Delhi directly with the industry especially the MSMEs. So what was the specific activity conducted in these interactions? These interactions were generally on weekends (Army Headquarters being closed) and apart from talks and presentations; industry was facilitated by organizing their visits to workshops in the field.  In these interactions the Indian Army had categorized the requirements into three main classifications. The first being big ticket items, which due to lack of an industrial base is mostly imported. Therefore, the immediate aim was to get the second ie the small ticket items and also the third category of equipment required immediately for the current and ongoing operations. The purpose of the interaction was precise. The Indian terrain and situations where current operations were on required typical Indian solutions. This is precisely the category where the Indian industry could help with design and development of equipment. The aim was to promote understanding of modernization requirements of the Indian Army by the industry and thus making the latter discover its capability. This of course is a two way process. In the defence sector, Indian Army provides a chance to the industry to make a wide range of products, huge volumes and a technological spread of items. Future requirements would be R&D intensive and therefore indigenous R&D is also the need of the hour. Such interactions actually gave an impetus to the industry by instilling a personal rapport and mutual understanding to incubate a relationship between the army and the industry. In this process the Army has been able to even set up the Army Design Bureau, recently inaugurated by the COAS. This institution is expected to be a central repository of technology and requirements, an agency which collates the operational qualitative requirements (QRs), generates long term research needs and identifies projects to be worked upon by the DRDO. It would be facilitating interaction with the Defence PSUs, academia, user, Ordnance Factories and private industries apart from the DRDO.

To borrow a phrase from the talks of then Deputy Chief of the Army Staff (Policy and Systems), these were termed as ‘Upstream’ and ‘Downstream’. The ‘upstream’ was to take the technology required for a system earlier on to cater for the next to next generation equipment for the Indian Army. This also included the participation of intellectuals from the academia wherein the visits to IIT Madras and Indian Institute of Sciences, Bangalore were productive. It also helped in painting the idea in these institutions that the technology developed for civilian uses could also help the Army. The idea was to emphasize the fact that the Indian Army requires huge inventories of varied equipment varying from helmets to helicopters and air defence. Compared to the other two services, the army requirements could be termed as comparatively less expensive in most sectors. Many of these categories could be considered in the range costing less than Rupees 150 crores. Therefore, there could be more participation to make these products by the private players including MSMEs. Also, technologically these requirements were comparatively easier to achieve.

The other requirements could be categorized as ‘downstream’ where the Indian industry could solve the existing problems being faced in the existing equipment or solutions for the day to day problems in varied terrain.

In these interactions, the various arms of the Indian Army along with their respective functions are explained to the industry, followed by projection of the equipment requirements to carry out various functions for mobility, survivability, sustainability, training needs, lethality and logistics. This was indeed a great help since it was realized early on that the industry had hardly any idea about the Army’s requirements or their functioning. It also gave rise to hilarious situations where the difference between mortar and motor had to be explained! The Industry was not aware of simple requirements like advanced first aid kits, high calorific rations for the glaciers, ballistic helmets, specifications of bullet proof jackets and support logistics. During these interactions it was realized that there was also a need for the industry to actually see the equipment held by the Army. To cater to this need, a new term called as ‘Reverse Defence Expo’ was coined! The first of these was held in July 2016 at Ahmednagar in Maharashtra showcasing the equipment held by the Mechanised Forces. The expo was indeed a very big hit and was attended by more than hundred representatives of the Indian industry. It actually gave a chance for the designers and engineers to see the equipment held by the army and get a feel of the equipment. The next in the series was planned and executed at Gopalpur in Odisha showcasing the equipment held by the Army Air Defence. This was followed by the Infantry at Mhow in Madhya Pradesh.

The core idea through numerous interactions with private industry was to open up the defence more to them so that they germinate ideas which then can bloom. Therefore, ‘Reverse Defence Expo’ has now taken root. It helps in explaining the functionalities of systems and sub systems and existing technologies to the young engineers and entrepreneurs of the Industry. As they say one look is better than ten lectures, such interactions help in the long run and contributes towards focused orientation of the industry on equipment. The availability of cut models, platforms, class room variants etc help in realising challenges and find a way forward in upgrades. With DPP-2016 being an evolving document which facilitates industry initiatives, it needs time to address challenges in Indian defence industry. Therefore, such interactions have takeaways like evolving a relationship for permanency and longevity. We have to look at any new equipment over a life time of 30 years. The concept is to have a complete eco system for each and every major equipment in the form of design, development, manufacture, upgradation and overhaul. As technology changes the equipment goes through four quarters during its life. So there is an intervention every 8 to 10 years on the equipment in terms of sub system and product upgrade, overhauls and full or major system upgrades. So the industry and ancillaries do get an opportunity to continue the business. However, for being relevant in business the industry has to keep the concept to product cycle as short as possible in comparison with the technology cycle. So upgrades have to be modular, form fit type and a field configurable variant which brings us to the point that sub systems need to fit into the existing system with military grade quality, life time support and sustainability.

So are our defence industry manufacturers in a position to get into the fray? The expectations from the industry for defence equipment are to be realistic in their capability in terms of technology and timelines, enhanced investment in research and development or tie ups with foreign manufacturers for technology, induction and availability of critical technology in India, lifetime support from foreign vendors including simulators and training facilities, timely support for upgrades and exploiting the present L1, T1 model. Similarly, the defence industry also has some expectations from the armed forces in terms of creating a fair and transparent environment, collaborative and realistic approach in terms of QRs, availability of existing infrastructure and equipment for use by the industry for testing and upgrade development and need for volumes of new schemes over 10 to 15 years in terms of equipment, spares, simulators and other training aids. This necessitates development of Defence Industry Park for interaction at one location.

It is felt that such military and industry interactions in todays liberalized FDI policy, highest priority for Buy (IDDM) category in the DPP, private industry being the production agency and simplification in Buy & Make (Indian) categories would enhance the ‘Make in India’ dream in the defence industry field. In the future, the initiatives in the making like enabling provisions for single vendor case, sharing of government held IPR with private industry and continuous process of pruning down of list for licensing will only accelerate this process  of Indian made defence products.

Disclaimer: The views expressed in this article are those of the author in his personal capacity. These do not have any official endorsement.