GK Chesterton in his book “The Thing” talks about a town where there is a fence that’s been constructed across a road.  A modern reformer comes into the town and sees the fence and says, “I don’t see the use of this fence; let us clear it away”.  Hearing this, a wise old man says to him: “if you don’t see the use of it, I would let you clear it away. Go away and think.  Then, when you come and tell me that you do not see the use of it, I may allow you to destroy it”.  It’s an interesting concept, with a powerful lesson that can help us think differently about driving change.  It’s good for reformers to remember that fence did not magically come up from ground one day.  Whoever built the fence, did it because he felt it could serve a purpose.  We need to understand the rationale, if it’s not thought through, any reform can turn into deforming.

I am tempted to trace the history of Ack Ack Artillery from earlier days to the present Army Air Defence and share my perspective on the Integrated Air Defence Command being attempted.

Air Force in India (Royal IAF/IAF) was established in 1932 by the British Empire, with the primary mission to secure Indian air space and conduct aerial warfare.  During the World-War-II, Air Force executed airstrikes on Japanese air bases in the counter airstrike, close air support, bomber and other roles with aircraft such as Spitfires, Hurricanes, Dakotas etc. Simultaneously, due to the growing Japanese air threat, British war planners realised the greater significance of Anti-aircraft defences.  And thus, was born in 1940 the Anti Aircraft Artillery of regular Army.  The concept of Air Warfare, air-based Air Defence and ground-based Anti-Aircraft Defence commenced thereon.

The Union War Book created a clear distinction by listing out “coastal air defence including at Ports, Anti-Aircraft Defence and cooperation of military forces of the dominions, India, Burma and the colonies” as Army responsibilities.  While the Air Force measures comprised of “Home Defence air attack and Air Defence intelligence scheme”.  The Defence Department was given the responsibility “to obtain a decision as to any Military or Air Force to be dispatched to the ports and issue instructions accordingly” under the Army measures. Thus while Royal Indian Air Force was engaged in regaining the command of the air, the Indian Anti Aircraft Artillery was employed to defend ports, airfields, industrial installations including oil installations, offensive tasks, headquarters, administrative bases, direct fire support to leading Infantry during defensive battles, rearguard actions in India, Malaya, Hong Kong-Singapore, Burma. All ranks faced their tasks with undaunting courage and earned many gallantry awards.

Post-independence, Anti-Aircraft Artillery Regiments participated in all operations that the nation has fought with adversaries, starting from Jammu & Kashmir (1947-48), Hyderabad (1948), Goa (1961), Sino-Indian Conflict (1962), Indo-Pak (1965 & 1971), as part of various Divisions and Corps, Artillery Brigade protected the coastal assets and ports. In these operations they provided Air Defence protection to air bases, Air Force Signal Units, Radar Units and other national/industrial/strategic assets including choke points/bridges etc.  They had also been an integral part of offensive and defensive operations with Divisions/ Brigades both in Western and Eastern front and excelled in all these operations. Air Defence gunners have been gallantly awarded four Military Crosses, three Order of British Empire, two Ashoka Chakra, two Kirti Chakra, 20 Vir Chakra. Four Air Defence regiments were also conferred Battle Honour titles in 1971.  Similarly, Indian Air Force also has gallantly participated in all operations and focused on Air to Air Combat, ground attack, interdictions, deep penetration strikes in various operations with all kinds of aircraft from Hunters, Gnats Vampires, Migs, Mirages, Sukhois, etc over all these years.  For Air Force, Air Defence is a combined effect of offensive aerial platforms for counter-air operations, such as air domination patrols, interceptor aircraft and Operational Readiness Platforms (ORPs).

Post-1965, when the need to supplement the L/70 gun system with the surface to air missiles was accepted at that time, a high-level study group under Air Commodore of Indian Air Force recommended demarcation of height bands of responsibilities between Army Ack Ack Artillery and Indian Air Force. The Army was responsible for a height band up to 5000ft (height ceiling of 40mm   L/70 gun) and beyond this was the responsibility of Indian Air Force. However, post-1965 this division got diluted with Air Force grabbing the opportunity offered by Russians for SAM 2 and SAM 3 (Pechora Missile System).

Post-1971, especially after the performance of Surface to Air Guided Weapons (SAGWs) in Yom Kippur War of 1973 and growing Indo-USSR defence cooperation, the nation rightly felt the need for specialisation in Ack Ack Artillery.  Thus began the concept of career Air Defence officers and personnel below officers rank in Army, which is not there in the other two services even today. Indian Army started getting equipped with Schilka (1973), Zu-23mm guns (1983), various SAGWs including Tigercat missiles (1972), Kvadrat and Strela 2M (1977),  Osa-AK (1985),  Strela 10M (1989) and Igla 1M (1989).  The concept of Area Air Defence for Tactical Battle Area was realised in the 1970’s with the acquisition of Kvadrat which has a range of 24 km.  In 1984, Strela 2M shoulder-fired missiles of Army were dispatched to Siachen Glacier.

Simultaneously, the concept of air threat started changing with the capacity of fighter aircrafts improving sustainability, bringing in the need to cover vital industrial installations in the homeland as demanded by various ministries.  The war book was updated and stated that “A list of vital installations which must be accorded anti-aircraft protection in the event of war, shall be prepared in advance in the Ministry of Defence, in consultation with the Ministry of Home Affairs and the other ministries”. The Chiefs of Staff was to consider the necessity for the issue of orders for the move of Air Defence Artillery units to defend installations including civil assets.

In 1993, the Indian Army was dealing with the critical and overbearing requirement of a dedicated arm with a career professional of officers and men to deal with Anti Aircraft.  It was during the same time that the Union War Book was revised wherein the heading was changed from “Anti-Aircraft Defence” to “Air Defence”, thus making the distinction blurred.  Till then the Anti-Aircraft defence dealt clearly with Land-Based Air Defence Weapons and Air Defence was the actions in the air.  The inclusion of the revised statement, “The responsibility of providing Air Defence of Indian Air Space rests with the Indian Air Force”. This blurred the earlier division of responsibility between the Army and Indian Air Force and in effect gave the responsibility of Air Defence of the Air Space below 5000 feet also to the Air Force. This started disjointedness between both the services. Each service started acquiring Air Defence weapons independently, without consideration of past experience, core competencies and the established warfighting ethos or operational effectiveness of these systems.

From 1940 till 1993 the Army providing Ack Ack defence to all Vulnerable Areas (VAs)/ Vulnerable Points (VPs) including Air Force/Navy, civil strategic and industrial bases had continued seamlessly.  Even scaling of Air Defence Artillery based on the principle of Air Defence being a joint/shared responsibility of all three services with IAF responsible for Air Space.

The Purulia arms drop on 17 Dec 1995, and attack on World Trade Centre on 11 Sep 2001, triggered the IAF re-assessing their Air Defence capability for handling emergencies against air threats to strategic targets and pushed for acquisitions of new weapons based on revised Union War Book.  The Indian Air Force started propagating the concept of comprehensive air defence cover over the entire country (a very expensive proposition) with a centralised command and control and effective engagement of targets by the layered Air Defence comprising of Fighter aircraft, SAGWs and Air Defence guns (CIWS).  IAF started fortification of their airfields by adding successive layers of Pechoras, OSA AK combat vehicles (1989), Igla shoulder-fired launchers (1991), Spyders (2014) for the layered and tiered protection of air bases, Troposcatter and surveillance units.  Most of these systems are eminently suitable for deployment in a forward combat zone; where the air threat is much more intense, but resources meagre. Indian Army, over the years, had sharpened its point and limited Area Air Defence and the need for integrated approach started getting ignored.  The division of responsibility between IAF and Air Defence Artillery went for a toss.  Spirit of jointness and roles, which were well defined till now, started overlapping.  This has led to each service acquiring similar weapons.

It is heartening that the creation of Integrated Air Defence Command is being looked at that way.  The command must align itself to the new forms of warfighting erupting all over the world.  Cost-effective Air Defence against drones, UAVs, Swarms and other forms of localised threats manifesting must remain in the forefront.  This can be achieved in the most cost-effective way, if all Land-Based Air Defence weapons, guns and missiles, without any distinction of combat zone/hinterland are placed under the ambit of Army and the IAF responsible for higher-level strategic threats from aircraft and ballistic missiles in this new set up.

I feel the way to make changes in the system is to focus on things that never change.  In the proposed Integrated Air Defence Command, the focus must be on integration, jointness, interoperability and to be able to fight the battle in unison as per their core strengths and established competencies. The Integrated Air Defence Command will have to carefully deliberate strategy to tackle the resource integration of all stakeholders including communication platforms, surveillance and operational employment of weapon systems.

Last but not the least a good plan can fail with poor execution and a poor plan can succeed with good execution. Thus execution challenge with respect to establishing command and control aspect on-field formations by Integrated Air Defence Command needs to be well thought of.  If we are able to address these challenges this will ensure enhanced operational efficiency. I hope this attempt of Integrated Air Defence Commands reincarnates the Air Defence of the country.  Go ahead then! And remember the Chesterton’s fence!

We need to hurry slowly and firm footing. 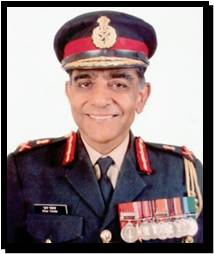